How does your CRM Marketing stack up? —— Take the CRM Maturity Assessment & get access to CRM success insights in just a few minutes!TAKE THE ASSESSMENT

The Rise of Customer Data Ecosystems

Marketing has become too complex and too strategic for marketers to bet their careers on the innovation capabilities of a single vendor. Discover why CDPs are not the solution they claim to be when it comes to customer data management.

Behind massive disasters, there are always multiple factors. But this time one single factor was of dinosaur-killing magnitude: Platform Network Effect. 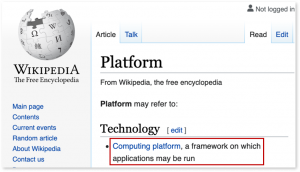 Blackberry was a monolithic system. For anything you wanted to do, you needed Blackberry to write the code. By contrast, iOS and Android were open platforms.

There was an iOS ecosystem and an Android ecosystem, but no Blackberry ecosystem.

The case for Customer Data Platforms

In other words, this is an opportunity for a major player to create an inexpugnable competitive advantage.

Two years ago, Adobe, Salesforce, Oracle and SAP all announced that they were building CDPs.

While there was some uncertainty on the actual capabilities of these platforms, it sounded like at least one of these companies would succeed at creating a functional Customer Data Ecosystem. Soon, we would get a winner!

However, the story took an unexpected turn.

The first surprise was that none of these players was in fact building a real platform and a real ecosystem. Their CDPs weren’t designed as frameworks on which third-party applications could run. In other words, their Customer Data Platforms were software suites, not platforms.

While overselling is a typical pattern in the software industry, it is surprising that mature software companies with massive R&D capabilities both correctly identified a pressing market need AND thought they could get away with not delivering on it. When you think about it, it is really puzzling:

If you were given the opportunity to become iOS or Android, why would you choose to replicate the Blackberry strategy?

The second surprise was that despite not being offered true CDPs by traditional Martech vendors, marketing and IT departments still decided that they needed true CDPs. They eventually found an alternate way of building their own.

In the past 6 months, I have been shocked by the number of CMOs, CDOs and CTOs at large B2C companies who told me that they had started (or were planning to start) using Google Big Query, Snowflake or Microsoft Azure as their de facto CDPs.

Barbarians at the gate

If you’re viewing the Martech space as an oligopoly controlled by Adobe, Salesforce, Oracle and SAP, think again.

Google Cloud could very possibly be the hottest Martech vendor out there.

Once you realize the competitive advantage that Google and Snowflake hold against traditional Martech vendors, you’ll never see the market dynamics in the same way.

Some so-called CDPs are nothing but glorified ETLs: high-bandwidth pipelines designed to stream and synchronize data between applications.

All pipelines basically suffer from the same afflictions. They’re costly to build, costly to maintain, and they’re leaky.

Data Clouds like Google Big Query and Snowflake are radically different: once you use them to host your customer data, they function exactly like pipe-less CDPs.

In practice, connecting a third-party app like Tinyclues on top of Big Query is just a matter of adding the right permissions for the Tinyclues Big Query API key. This is so radically different from the legacy approach that it is worth listing the benefits:

In many ways, data clouds are reminiscent of iOS and Android: because they do so much work on behalf of app developers, because they’re truly multi-tenant, because they offer sandboxing and security capabilities, these technologies have the potential to reshape how software is built and sold.

Ironically, this story is also reminiscent of Salesforce’s own history. Before it became a software vendor, Salesforce built its empire on a powerful vision: clouds and ecosystems always win against clunky software suites. 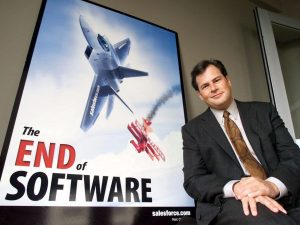 The “NO SOFTWARE” campaign, in the good old days, before Salesforce itself became a software vendor.

For many years, vendor lock-in was the dominant paradigm of the enterprise software industry.

Because Martech was a de facto oligopoly, vendors could afford to sell vaporware. Who cared if they really delivered on their promises? There was so much friction and so much switching cost that no-one could really hold them accountable.

With a functional CDP in place, the switching costs of Martech apps are dramatically lowered.

In interviews with CMOs and CTOs who have decided not to buy CDPs from Adobe/Salesforce/Oracle and, instead, to build their own CDP on top of Snowflake or Google, the desire to escape vendor lock-in was cited as a top decision factor.

In fact, CMOs and CTOs have no choice. The days of “one size fits all” marketing suites are numbered. They already fail to cover the basic needs of their enterprise customers and the gap is increasing every passing day.

To drive innovation and remain competitive in a world where marketing automation is table stakes and CMOs need to drive customer-centricity across the entire organization, it is no longer acceptable to put your company’s entire destiny in the hands of a single Powerpoint roadmap presented by a single vendor at a beautiful keynote event.

It just became too dangerous.

Marketing has become too complex and too strategic for marketers to bet their careers on the innovation capabilities of a single vendor.

Subscribe to our newsletter – fresh CRM insights and thought-provoking articles delivered straight to your inbox twice a month. Or, see what it looks like here! 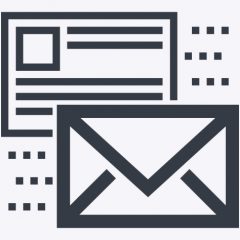 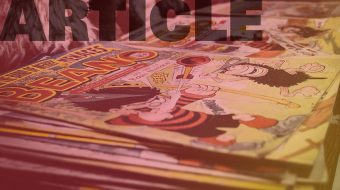 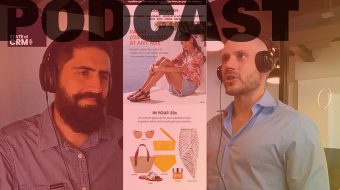 This week we share some examples of well-intended campaigns that have fallen victim to misaligned targeting or automation based on incorrect triggers. 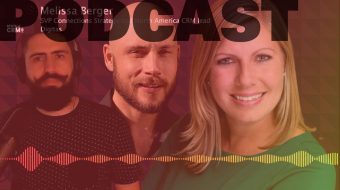 Episode #10: Putting the R back in CRM. w/ Melissa Berger from Digitas

Customer relationships are more important than ever. In this week’s episode of the State of CRM podcast, we received Melissa Berger, SVP Connections Strategy and Nort...