📣 First-Party Data Summit: Learn from CRM marketers and tech experts in the industry about how to leverage your first-party data to acquire new customers, increase CRM revenue and create more personalized experiences!👉 WATCH THE REPLAY HERE 👈

The flag carrier of France servicing more than 180 destinations, Air France first began its partnership with Tinyclues in 2017, and has since continually evolved its use of the platform to make the most of Tinyclues’ diversity of features.

Communications have historically consisted of a mix of both concrete offers and ‘inspirational campaigns,’ the latter focusing on high-interest topics intended to inspire, generate excitement, and/or pique curiosity. Air France has been able to leverage Tinyclues’ tools to identify optimal themes and precision-target messages.

To craft these campaigns, Air France takes a two-pronged approach: first, using Tinyclues’ Efficiency Map feature, Air France is able to identify trending topics (and associated revenue) within its database, pinpointing those topics that are best suited to dedicated campaigns of their own – that is, topics for which Tinyclues predicts high levels of interest and buying propensity. Next, Air France leverages Tinyclues’ Campaign Studio feature to identify those offers that best complement the main campaign topics (have similar audiences), ensuring that their communications are as relevant and resonant as possible.

Air France’s masterful use of two of Tinyclues’ insights features has enabled the airline to extend its reach to new customers, feature high-interest topics it hadn’t previously been prioritizing, communicate with customers in a way it hadn’t considered before, and to make some surprising and counter-intuitive discoveries about existing customer behavior, allowing it to fine-tune and better personalize messages. These campaigns have resulted in a notable decrease in opt-outs and significant increases in conversions and revenue as compared with other tactical campaigns launched during the same period! 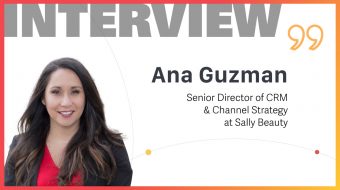 “We need to continue building our 360-degree view of the customer.” 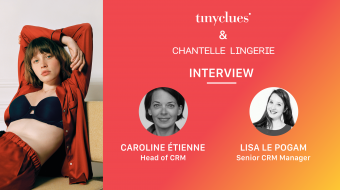 In this video, Chantelle Lingerie shares how they scaled their campaign plans and streamlined internal workflow while driving demand online and in-store. 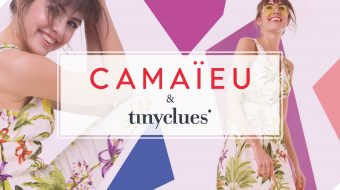 Read how Camaïeu, an omnichannel retailer, increased both online and offline campaign revenue, all while making sure to offer a personalized experience to their customers.